Here’s something I know: I am white.

Here are a few things I also know, because I am white:

I have never had to change how I speak, dress, or do my hair for people to take me seriously and respect my intellect. I have never feared for my life during a police encounter, or worried that, should I be pulled over for a minor offense like speeding, I could be removed from my car and restrained, searched, or handcuffed for no stated reason. I have never questioned my place in society, my ability to access educational institutions, or how others see my humanity. I have never, ever been the minority in any room, ever. I have never been asked if I own my property. I have never been told to “act white.” No one has ever called the police on me for walking in a park, having a barbecue, selling bottled water, or playing with a toy in a public space. No one has ever asked me if my hair is real, and I can go to pretty much any stylist I want to get my hair done. No one has ever attacked me, hurt me, lied about me, or threatened me when I’ve shared my thoughts and stood up for what I believe in. There are no mechanisms of power currently in place to curtail my rights and opportunities in this society, and almost all of my elected leaders look like me. I know that I will be given the benefit of the doubt in my interactions with authorities and employers. I know I will never be treated poorly when moving into a “nice” neighborhood, and that an overwhelming majority of people living in that “nice” neighborhood will look like me. I know that my name will never be laughed at or questioned. I know my family’s name and history going back generations, because they were not stolen from my ancestors, and because my ancestors were not brought to this country in chains.

That’s a lot, right? And these are not things I know because they’ve been taught to me in school. I’ve not read them in books. These are things I know because I live in a society that looks at whiteness as standard, as normal and basic, and everything else as different and other, and, in the worst cases, as dangerous and threatening. These are things I’ve internalized, been born into, without even realizing it.

I’ve always considered myself a smart, curious person, and so it’s been humbling, humiliating, and eye-opening to realize just how much I don’t know about my own country’s history, and how much I didn’t truly understand about how people of color experience life here. As I’ve come to see just how many gaps I have in my knowledge, I’ve been doing a lot of reading (and a little bit of watching). There are lots of lists out there right now for people who want to learn. Here’s one, and another. Here’s one for children. And here’s one for movies, if that’s more your style. And one more. I don’t want to rehash these lists, and I certainly don’t think I can put together anything better, but I do want to share, because people have asked me, just what I’ve been reading and watching.

Between the World and Me by Ta-Nehisi Coates

A memoir from father to son. Powerful, emotional, personal, eloquent. I’d wanted to read this one for a long time. I’m glad I finally did. I cried a lot.

Devastating, heartbreaking, and inspiring. I read this in college, about thirteen years ago. I felt like it was important to revisit it now, in this moment, with older eyes and more life experience. I was right. And, also, I cried a lot.

White Fragility: Why It’s So Hard for What People to Talk About Racism by Robin DiAngelo 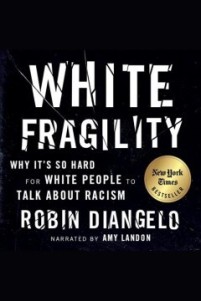 Helpful, but humbling. It’s worth noting that this is written by a white person, and specifically targets a white audience.

White Rage: The Unspoken Truth of Our Racial Divide by Carol Anderson

Shocking, eye-opening. I needed a drink once I finished this one. I couldn’t believe just how much I hadn’t learned in school. It made me angry, and then made me sad, and then made me resolve to keep learning.

“The Case for Reparations” by Ta-Nehisi Coates

“Now we have half-stepped away from our long centuries of despoilment, promising, ‘Never again.’ But still we are haunted. It is as though we have run up a credit-card bill and, having pledged to charge no more, remain befuddled that the balance does not disappear. The effects of that balance, interest accruing daily, are all around us.”

“How I Discovered I am White” by renegademama

“It’s Time to Listen and Believe” by Ben R. Williams

“But when someone points to the iconography of the Civil War era and says, with heart-breaking honesty, that those symbols are a painful daily reminder of the horror that their ancestors endured? When someone says that many of these symbols were erected during the Civil Rights era to intimidate people like them and keep them in line?

My responsibility is to listen to them and believe them.

When someone tells you what hurts them, you don’t get to tell them they’re wrong.”

This was so, so hard to watch. But is so, so important to watch. You think slavery is a thing of the past? This documentary will make you think again.

C.S.A.: The Confederate States of America

A mockumentary that plays with the idea that the Confederacy won the Civil War.

How to Be an Antiracist by Ibram X. Kendi 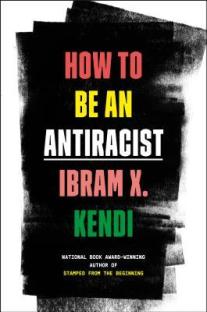 I’m reading this one now, and I’m a little less than halfway through. So far, I’m struck by Kendi’s honesty, and this book feels very personal and intimate.

Me and White Supremacy: Combat Racism, Change the World, and Become a Good Ancestor by Layla F. Saad 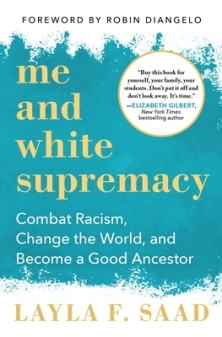 This one was recommended to me by a friend. I’m intrigued and excited by the title and the premise. I’ll probably start on it next week.

The Pittsburgh Cycle by August Wilson

This is a collection of ten plays, each of which takes place in a different decade of the 20th century. I read all ten in college, and I think it’s time to reread them. They made a huge impact on me back then, and I expect they’ll do it all over again.

This is not a conclusive list, and I am not done. I won’t ever be done. I will keep learning, because even though I am sad, ashamed, and exhausted, it is my responsibility to educate myself and be better.

I’ve been encouraging others to do the same. It has not always gone well. It’s hard to hear that your people are the villains in someone’s story. It’s hard to see that your ancestors weren’t on the right side of history. It’s hard to contend with being part of systems you didn’t build and didn’t notice but have still benefitted from. I know that. I’m struggling with it, too. But it’s a necessary struggle, and it’s part of a necessary change that’s incredibly, tragically overdue.